Etesia Buffalo is the greener solution 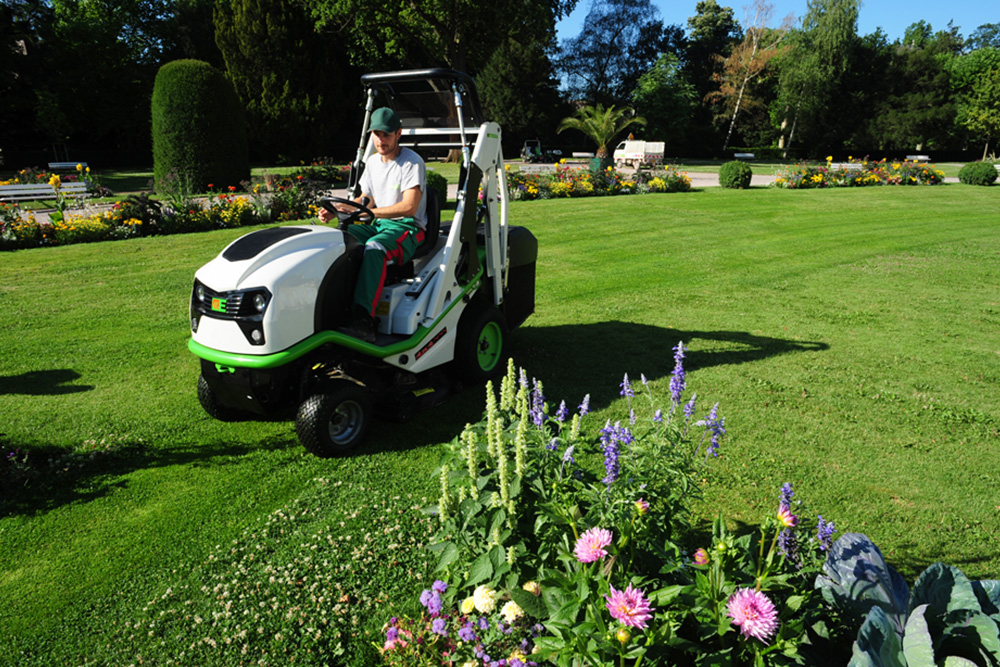 Etesia UK has reported a huge uptake in its Buffalo ride-on mowers – a powerful range that offers an eco-friendly alternative to its diesel-powered counterparts.

It is common knowledge that grounds maintenance professionals are increasingly exploring more environmentally friendly methods of working. This particularly rings true in city centres or in highly populated areas where diesel powered products are beginning to be outlawed.

The obvious solution is to switch to zero-emission battery-powered equipment. Battery technology has significantly evolved with advancements constantly being made in the sector and is now widely recognised as the smarter way to power through most landscaping tasks, such as mowing, hedge-cutting or leaf-blowing. However, where it currently falls short is when it comes to larger machines such as ride-on mowers.

“Who knows what the future holds, but, quite simply, the fact is that there is not currently a battery-powered machine on the market which is capable of equalling the performance of a professional petrol-powered ride-on mower,” says Etesia UK managing director Les Malin.

“When you take into consideration the wide-spread demonising of diesel and the lack of professional battery powered ride-on mowers then there are unfortunately few solutions.”

It is for these reasons that Etesia UK has reported a record-breaking growth in sales for its range of Buffalo ride-on mowers – which are the only commercial, petrol powered ride-on machines available in both two-wheel and four-wheel drive.

The Buffalo range, first launched six years ago, took the European markets by storm as countries such as France and Germany replaced huge fleets of diesel-powered ride-on mowers with Buffalo ride-on Petrol mowers. Only recently has the UK started to follow suit and when you delve deeper into the specifications – it is no surprise.

The Etesia range of Buffalo ride-on mowers are available in two-wheel drive and four-wheel drive and in 100cm and 124cm cutting decks. They feature powerful 23-hp Briggs and Stratton Vanguard engines and can cut and collect areas up to 12,000 m² per hour. The engines carry a three-year warranty and a two-year warranty on the rest of the machine.

The Etesia models are fitted with catalytic converters as standard offering a cleaner fuel and are renowned for their low levels of noise and smooth operation. A vast range of accessories are available providing the operator with the ability to mulch, plough snow and much more.

Furthermore, they cut and collect in all weathers – something in which Etesia is, without question, the forerunner. When it comes to cut and collect systems, Etesia is the innovator of every other machine you see on the market today. The French based company created a patented system in the early 1990’s and quite simply, the system is unrivalled.

“The most notable benefit is the fact that Etesia machines do not require any additional accessories to unblock them when emptying the machines. Everything is automatic so no accessories or rattling of levers are required – you can simply cut, collect and empty the grass box all while sitting on the machine,” said Les.

So, while the industry eagerly awaits a capable battery-powered ride-on mower – there is only one solution. The Etesia range of Buffalo ride-on mowers will help to reduce your environmental impact and get the job done to the standard you expect without compromise.