Etesia Hydro 124 DL is part of the family 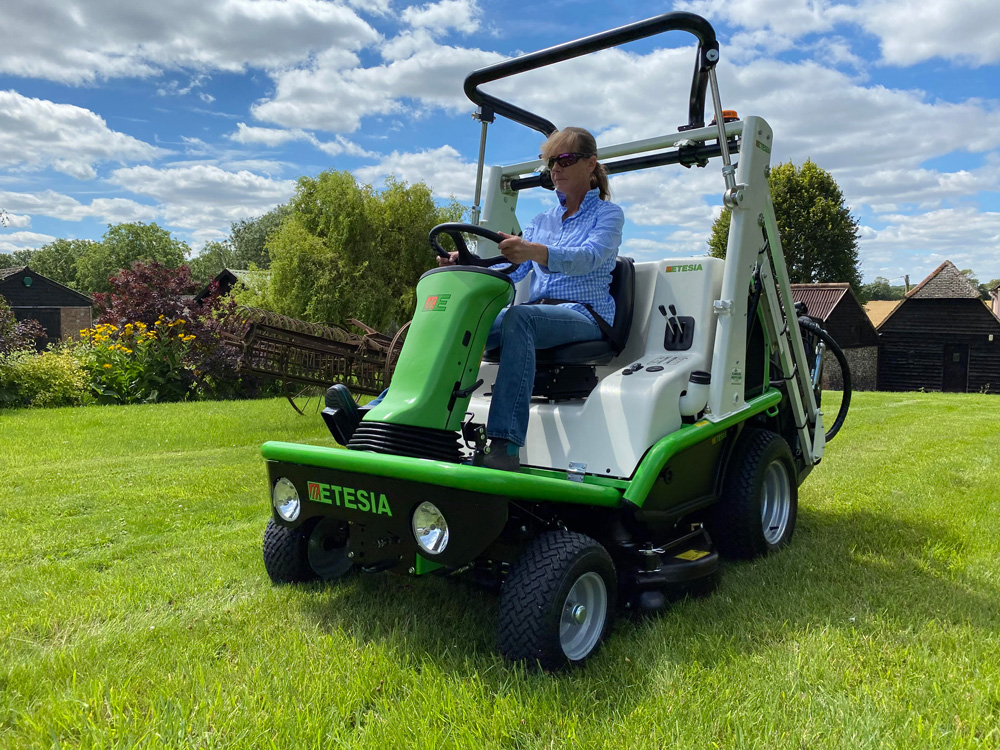 After using their previous Etesia Hydro 124 D for eighteen years, the Malpas family felt it was time for an upgrade. When it came to choosing a new ride-on mower, there was only one choice – a new Hydro 124 DL.

The Malpas family, based in Hertfordshire, have three sites to attend to which includes a vast orchard, paddocks and three beautiful gardens. Up until very recently, there has only ever been allowed one person to cut the grass – as Clare Malpas explains.

“We had the Etesia Hydro 124 D for such a long time and my father was the only driver – none of us were ever allowed near it because it was his pride and joy. The mower had served him so well over the years, but it was about time for an upgrade.

“He absolutely loved that mower and refused to even look at any other brands. Quite simply, he was adamant that he wanted the new Hydro 124 DL.”

Unfortunately, Clare’s father has recently been hospitalised and has not been able to try his brand-new Hydro 124 DL yet. In the meantime, Clare has been cutting the grass with the new machine and is confident that her father will be delighted when he returns to action.

“He fully intends on continuing to cut the grass when he gets out of hospital and he will have a nice, shiny new mower waiting for him,” continued Clare. “He is going to be over the moon because this mower really is something special.”

The Etesia Hydro 124 DL is the first mower that combines direct rear-ejection, integrated collection and high-lift emptying (patented). All features that make it one of the most highly efficient machines on the market, designed to mow up to 19,000 square metres per hour.

Clare’s father may well have adored his old Hydro 124 D but he is sure to notice an improved finish: Equipped with two counter-rotating 65 cm blades that are mounted at right-angles, the Hydro 124 ensures perfect mowing thanks to its powerful inhalation raising the grass before cutting. It also features a cutting deck with rear ejection and 2 counter-rotating blades, offering excellent mowing and collection even in long and wet grass. The grass box is also filled to capacity every time, enabling a huge load of 600L / 100kg.

“I was nervous at first because I had never used a mower like this, but it is incredibly easy to use,” said Clare. “It was supplied to us by local Etesia dealer Scamblers, and Ian Collington (Area Sales Manager for Etesia UK) came along as well. They were both extremely helpful and they didn’t leave until I knew exactly what I was doing and knew where everything was.

“I’ve been using it for a while now and it is a brilliant mower. It is not completely flat here and there are a few slopes but the Hydro 124 DL copes with absolutely everything.

“The mower is very quick as well, so I can get the mowing finished nice and early and then concentrate on other jobs needed. Changing the cutting height is a very simple process and is certainly very beneficial because we adjust the height of cut in various places.

“It was sad to see the old machine go but after eighteen years, I think it was time for an upgrade. In eighteen years, we never had one single issue, so it goes to show just how reliable and well-built these machines are.

“With this new model I can tell just how much it has been improved and I’m looking forward to seeing my father’s face when he uses it for the first time.”

Etesia Buffalo is the greener solution