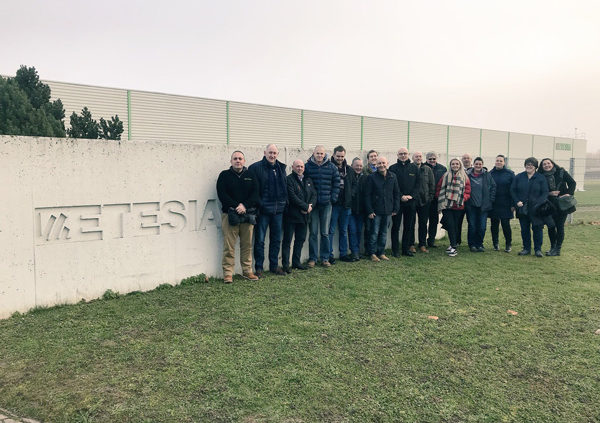 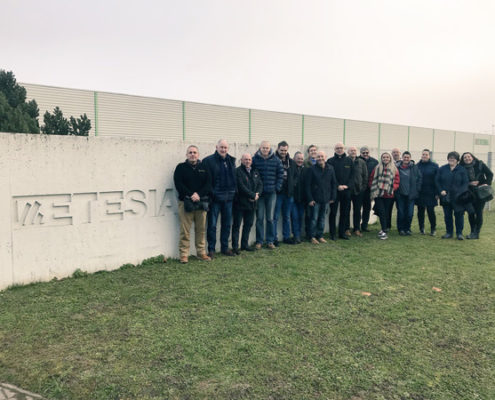 More than 15 dealers, made up of new and existing companies, took part in three days of visits and saw the skill, precision and professionalism of Etesia operations.

Visitors got the chance to see the newly-refurbished visitor centre to the automated fabrication and production line, viewing the quality control and attention to detail which goes into every pedestrian and ride-on machine.

Etesia boasts one of the best networks of green space maintenance equipment specialists in Europe; it has become a key supplier of local authorities and landscape contractors throughout Europe, while acquiring an exceptional International dimension with operations in over 40 countries spread over five continents.

Les Malin, operations director of Etesia UK, kick-started the trip by relaying the unique benefits of Etesia machines, while Patrick Vives, President of Etesia SAS told the intriguing story as to how it all began with the unique Hydro 100 machine over thirty years ago. Attendees were then delivered a presentation on the advances in technology, a sneak preview of the new products which will be launched ahead of 2018, followed by a tour of the impressive, state-of-the-art factory.

A hearty lunch complimented by some delightful local wine ensued as the group had time to muse on the Etesia experience before being given the opportunity to get hands on with some of Etesia’s machinery outside.

The day was rounded off with an evening visit to the luxurious Royal Palace, Kirrwiller, which saw everyone enjoy live music, acrobats, and other enchanting entertainment.

The last day began with a tour around the picturesque town of Wissembourg with a private guide before meeting the town’s Mayor for a greater insight into what Etesia offers the local area in terms of employment and export.

The trip was concluded with a visit to Maginot Line – a line of concrete fortifications, obstacles, and weapon installations built by France in the 1930s to deter invasion by Germany and force them to move around the fortifications, which was constructed on the French side of its borders with Italy, Switzerland, Germany, and Luxembourg.

At the end of the visit Les Malin, operations director of Etesia UK, thanked everyone for attending: “We are very proud of the work we do in the UK with our dealers and of our facilities in France. To be able to show the people, who are effectively our sales force, just how much effort goes into achieving the best, and to get their feedback, is invaluable.”