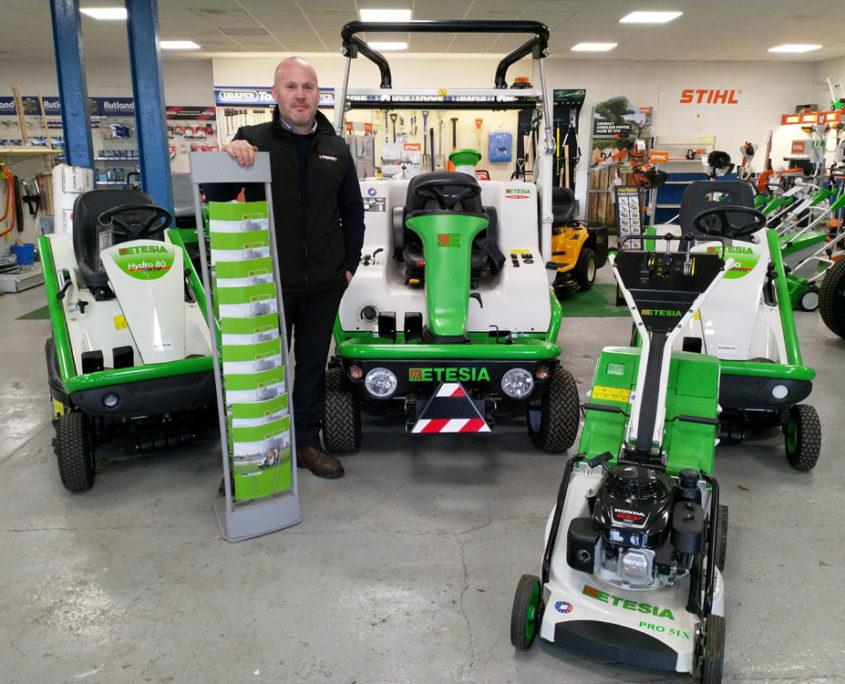 Etesia UK has announced that Sharrocks has extended its current areas in Birmingham, Shropshire and Staffordshire to now include the areas of South Lancashire, Merseyside, Greater Manchester and Cheshire.

Sharrocks is a specialist supplier of tractors, professional and domestic turf machinery and both agricultural and arboricultural equipment. For over 55 years the family owned business, which is now in its fourth generation, has delivered a trusted service throughout the Midlands, North of England & North Wales.

The company, which has a Northern depot in Wigan, Manchester and a Midlands depot in Sandbach, near Stafford is experienced with the full range of Etesia products and is geographically well-placed to offer an excellent customer experience for sales and after-sales support, spare parts and service.

Sharrocks has replaced the previous dealer in these areas and this new announcement comes after a hugely successful debut year as an Etesia dealer.

“We’ve been a recognised Etesia dealer for just over a year now and I couldn’t have asked for more,” said managing director James Sharrock. “The support from Etesia has been fantastic and the products have been incredibly well received from so many contractors and local authorities.

“They are expertly designed machines which have consistently proved themselves over the years. Our customer base always comment on their performance, their low vibration levels and their great longevity – there is also a very good acceptance on spare part prices. In my opinion they are products designed for this market rather than being a domestic machine made heavier to cope with commercial application – which is what the vast majority of lawnmowers in this sector are.”

The complete range of Etesia equipment is now available for both hire and purchase from Sharrocks, who will also take on responsibility for all parts, servicing and warranty for current users.