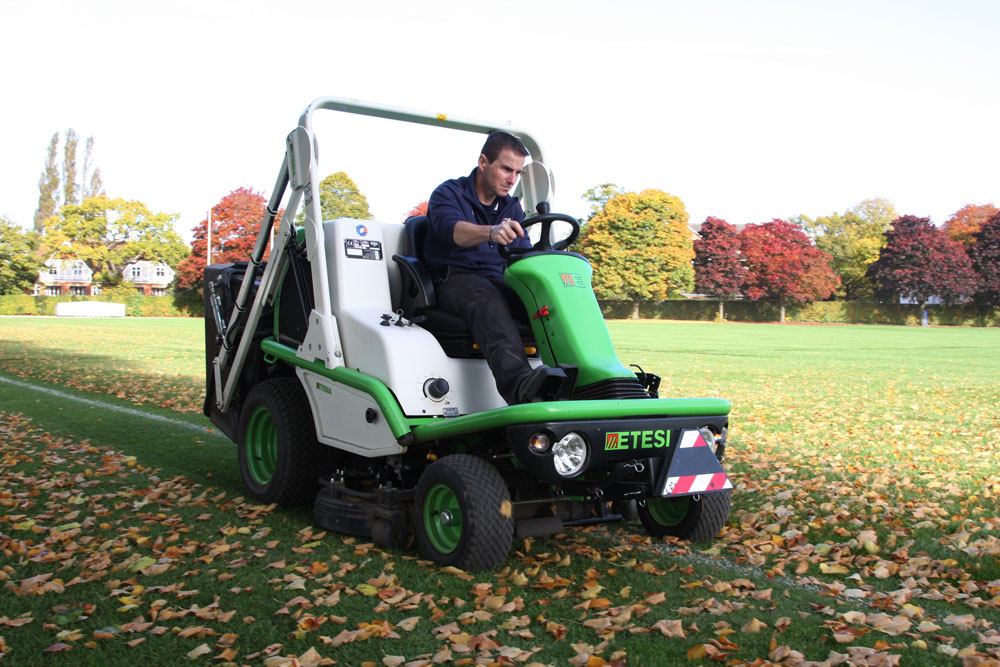 Karl Brotherhood, head of grounds at the prestigious Solihull School, has claimed that his new Etesia Hydro 124 DN ride-on mower is ‘perfect’ for helping him fulfil a number maintenance tasks.

Solihull School is a coeducational independent school situated near the centre of Solihull, West Midlands. Founded in 1560, it is the oldest school in the town and its outstanding academic results and first-class sporting facilities have made it one of the most respected schools in the UK.

The school is surrounded by a 50 acre site including a floodlit artificial pitch, five rugby pitches, four cricket pitches, and four junior school football pitches, which all play host to the school’s successful sporting teams

After ten years of using a zero-turn mower to keep the grounds intact, Karl felt that the time had come to invest in a new multi-purpose machine. He then proceeded to research a number of suitable replacements and also sought advice from Etesia dealer Midlands Grounds Machinery who recommended the Etesia Hydro 124 DN. 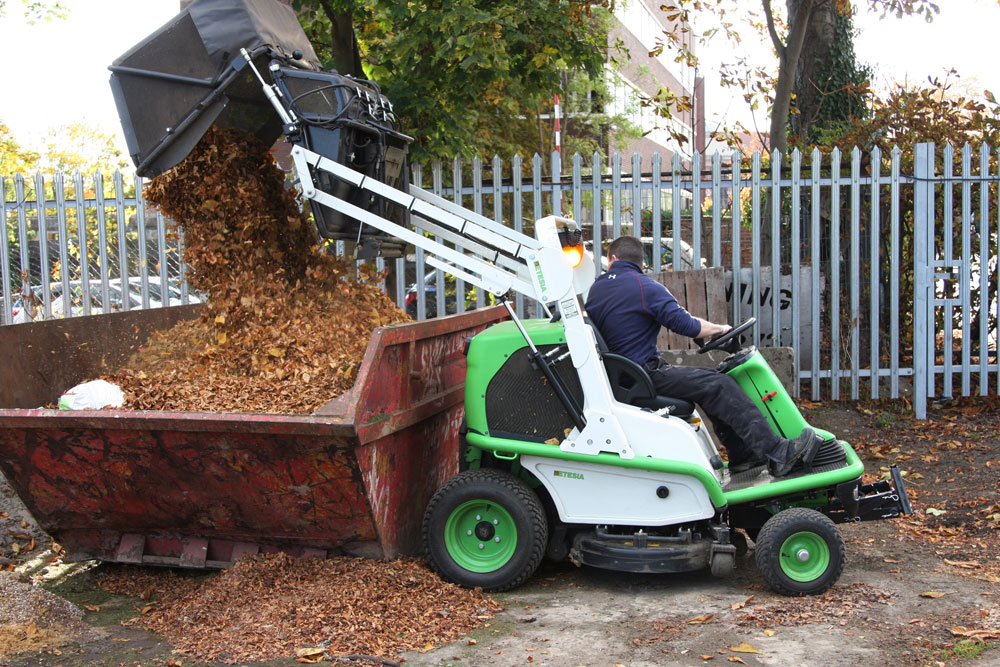 “I’d seen the Etesia machine in a number of trade magazines and it had caught my interest. I had a chat with Dave Tullett from Midlands Grounds Machinery who brought the machine down to the school for a demonstration along with Ian Collington (southern area sales manager for Etesia) and it was obvious that this machine was perfect for what we wanted.

“I looked at another machine from a very well-known brand but I suspected that it would block up quite easily. On the other hand, Ian from Etesia knew everything about the machine and we were really pleased with his knowledge. A big factor in buying a new machine is the back-up you receive from not only the dealer but also the manufacturer and I could tell that we would get a great service if we bought the Etesia machine.”

The Etesia Hydro 124 DN features a 1.24m cutting width with two counter-rotating blades which provide the ultimate mowing experience. A cutting deck with rear ejection guarantees a quality finish with excellent collection even in long and wet grass. This multi-functional machine, which can work to speeds of up to 16km/h, is also extremely versatile – something which Karl is particularly impressed with.

“We use it to cut the cricket outfield and then with the minimal of adjustment; we can use it for the rugby pitches – it’s that easy. We can also pick up leaves, twigs, acorns and other forms of debris – it picks everything up – even in wet conditions.

“In fact, the first thing I noticed was how much better it was compared to the zero turn that we had. With our other machine we had to have perfect conditions for it to do a good job otherwise it just wouldn’t do it.

“I like the fact that the grass box tells you when it’s full and the high lift is a massive help for us too because it saves us double moving everything.”

As a first time user of Etesia machinery, Karl believes that the Hydro 124 DN certainly won’t be the last product he purchases from the company.

“It will be used all year round because it is so versatile. You can tell that this a premium piece of kit and I’ve been genuinely impressed with it. Who knows, in a year or so I may just have another one – that would be nice.” he said.