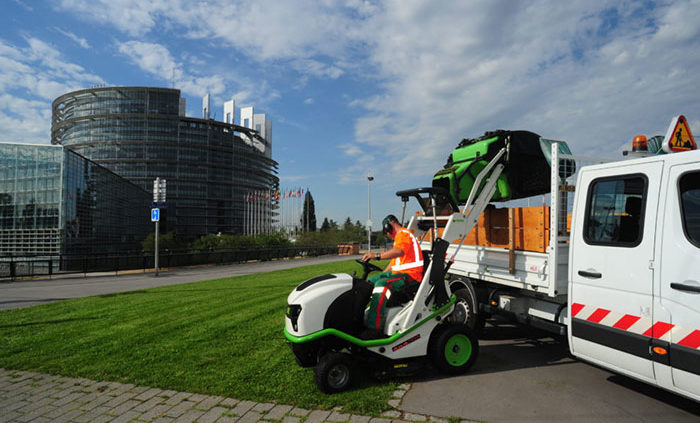 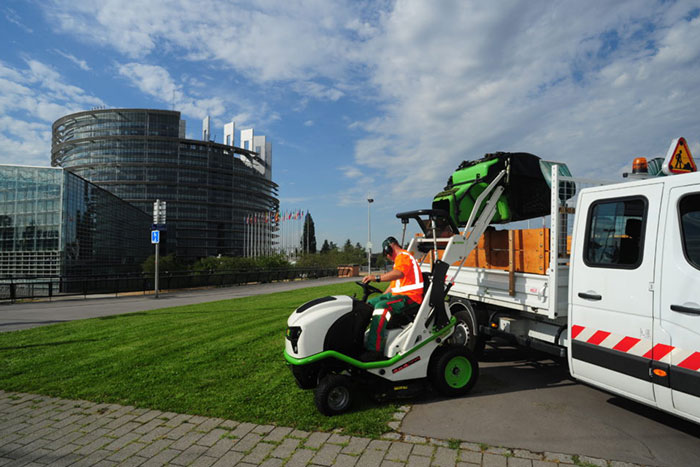 Etesia will be launching their range of Greener City Equipment on stand C050 at IOG SALTEX 2017, which includes a range of environmentally-friendly battery-powered pedestrian and ride-on rotary mowers.

Environmental protection and a commitment to sustainable development in general have always been among Etesia’s key concerns, even before they became the latest buzzwords.

That is why Etesia have developed their own philosophy called Bio Concept. It is reflected in the fact that environmental protection is addressed in all areas of the company and at every stage in the life of their equipment.

The Bahia M2E is the world’s first fully electric ride-on cut and collect mower. Featuring all of the benefits of its petrol ‘brother’ which has made the Bahia a user favourite, with the added advantages of no odour, zero emissions, low noise, low vibrations, reduced maintenance costs and reduced health and safety issues for operators. This model has been developed around the chassis of the petrol-powered Bahia models and effectively has the same compact look with a cutting width of 80cm and grass box capacity of 240 litres. Power comes from 4 acid/lead batteries producing 48V, 115 ah and conveniently located under the operator’s seat which can be re-charged within six hours via a 16amp 200v power socket.

Also on show will be the complete range of battery-powered pedestrian mowers from the N-Ergy range. With mowers from 41cm-46cm cutting widths, push and single speed available, there is a mower suitable for everyone.

The exclusive Duocut cutting deck on the N-Ergy range is the perfect combination of 100 % collection and 100 % mulching decks. A very high collection performance thanks to the smooth inside of the deck. A full opening of the exit of the ejection channel which is favourable to the removal of grass cuttings without clogging in a 50-litre box – even in extreme weather conditions.

Completing the Greener City Equipment range on show is the revolutionary Donky 100% electric wheel barrow, which is available with a range of attachments to tackle a wide variety of jobs.

Visitors to stand C050 will also get the opportunity to see the new Bahia Hydro 80 MKHP4 E-Connect ride-on mower before it’s official launch in 2018.

New product brochures ahead of the 2018 season will also be available.