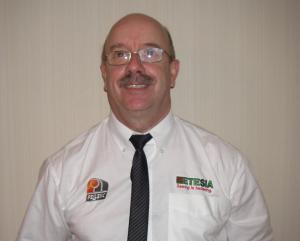 As part of its plan to significantly increase business and provide customers with the highest level of technical expertise, Etesia UK has appointed Ian Collington as Southern area Sales Manager for its range of Etesia and Pellenc products. Ian returns to the company after leaving 18 months ago and will be responsible for the South East, South West of England, East Anglia as well as parts of the Midlands.

Favoured by many of the UK’s top councils as well as landscapers and groundsmen, including National Trust gardens, both Etesia and Pellenc has gained a reputation for producing equipment that are highly reliable with low maintenance, making them the number one choice for many users.

Ian re-joins Etesia with more than 20 years of experience in the groundcare sales industry and is well known around the country.

“I am looking forward to meeting the dealers and end-users in my area, addressing new challenges and promoting the Etesia and Pellenc brands, especially the company’s exciting new products”.

Commenting on Ian’s appointment, Etesia UK General Manager Les Malin said: “We are very pleased Ian has chosen to re-join the Etesia family. His excellent technical, product and industry knowledge will benefit all of our customers through professional advice and first class customer service. This key appointment is part of our ongoing strategy and further strengthens our sales team.” 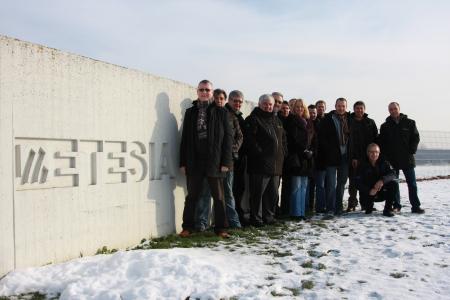 Etesia S.A.S recently welcomed new UK dealers and members of the press to its Wissembourg headquarters for a trip which demonstrated how the company is at the cutting edge of green space maintenance.

Attendees were given a presentation on the advances in technology, a sneak preview of the new products which will be launched for the 2013 season, followed by a tour of the high tech state-of-the-art factory.

Les Malin, Etesia UK’s General Manager, then gave an interesting presentation on the manufacturer’s green credentials, the relationship with Forest Green Rovers – the recent IOG Environmental Project of the Year Award winner, as well as the company’s continual digital media efforts offering plenty food for thought for all concerned.

The trip was concluded with a visit to the Royal Palace, Kirrwiller which saw everyone enjoy live music, acrobats, dancers and a motor cycle display team. 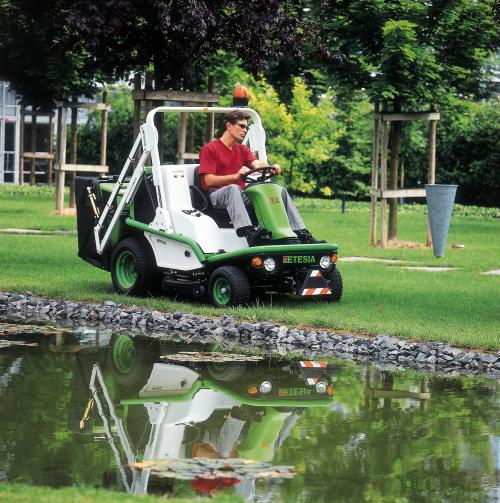 Favoured by many of the UK’s top professionals, Etesia has gained a reputation for producing pedestrian and ride-on mowers that are highly reliable with low maintenance, making them the number one choice for many users.

A special ‘PRO Offer’ from the French manufacturer is designed to help the vast range of customers, from contractors, local authorities and amenity managers to estate and National Trust property managers.

There are ten models in the offer, which runs until 31st May 2013, including eight ride-on mowers and two pedestrian mowers, with savings of over £3,500 in some cases.

The versatility of Etesia’s ride-on mowers can also be enhanced with a range of utility attachments such as a cab, snow blade, salt/sand spreader or brush.

All Etesia accessories are easily fitted to most ride-on models in the range. The front-mounted snow-blade can also be angled left or right and lifted when travelling between sites.

To take advantage of the PRO Offer, or for further information on the promotion and participating dealers, please contact Etesia UK on 01295 680 120 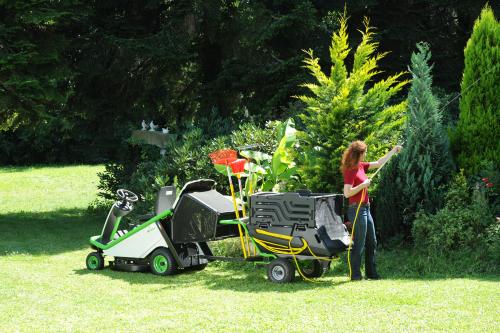 Contractors, landscapers and grounds maintenance professionals who are in search of a versatile, small trailer that tackles a wide variety of jobs need look no further than Etesia’s MRM Multi-Purpose Trailer.

Whether you want to carry tools, sand, compost, leaves or mowing waste, the unique easy-emptying with foot pedal control makes manoeuvring around any site effortless.

As part of the up-coming range of special offers that Etesia UK will shortly be announcing, the French manufacturer is selling the trailer at better than half price until further notice.

The trailer can simply be pulled as a wheelbarrow by hand or trailed behind a ride-on lawnmower, ATV or tractor, making it ideal for transporting soil, paving slabs, compost, and other heavy materials.

Perhaps its most important and unique feature is that the skip’s outer-body is double-skinned, forming a tank with the capacity to transport up to 85 litres of water or other liquids such as plant-care products. This is especially useful when working on remote sites where a tap or hose are not nearby.

The trailer incorporates a rack to carry tools such as rakes, brooms, shovels or other long-handled implements. A foot-controlled rear-tipper enables the skip’s contents to be easily deposited onto the ground.

To increase the 180 litre capacity of the skip, it has dual-purpose side-extension panels – when raised to their full height they increase the load capability to a huge 400 litres.

Now priced at just £459 including VAT and delivery, Etesia’s MRM Multi-Purpose Trailer is a little workhorse which can turn its hand to a wide number of uses, making it a ‘must’ for anybody involved in grounds maintenance.

To take advantage of the offer, or for further information on the promotion and participating dealers, please contact Etesia UK on 01295 680 120. 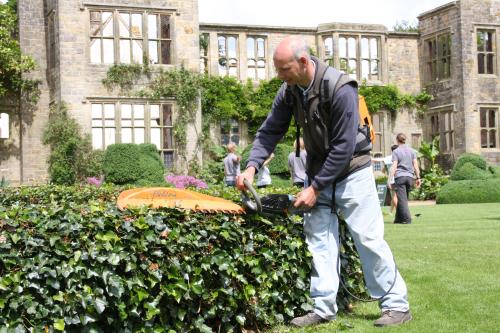 Etesia UK has announced three new Pellenc promotions for UK customers. The offers, which are only available from participating UK Pellenc dealers is available from now until 31st May 2013.

Pellenc is the only manufacturer in the world to be able to produce commercial lithium-ion battery-powered products that can be used in the landscape, forestry and local authority industry for up to a full day’s work on a single charge.

The first offer, the Treebox promotion, is designed for arborists, landscapers and professionals with an interest in maintaining trees. The box includes Treelion pruning shears, Selion hand-held chainsaw and a ULB40 battery to power the equipment. Offer price is £2050 +vat.

The third and final offer, the Vitibox promotion is designed for vineyards and commercial growers. The box includes Lixion Evolution pruning shears with adaptable cable, Selion hand-held chainsaw and a ULB40 battery. Offer price is £1900 +vat.

The use of Pellenc products ensures no more fuel mixing, no power cables, and greatly reduced engine maintenance and at the same time guarantees use with no odour, no pollution and virtually no noise making them a truly environmentally friendly product, which can be used near noise-sensitive areas such as hospitals, schools, towns and visitor attractions.

Further advice and demonstrations are available from participating dealers. The offers are open until the end of May 2013. 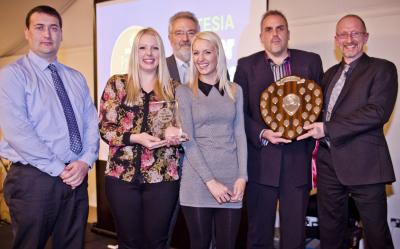 The success of the Etesia and Pellenc brands in the UK has been recognised at the company’s re-launched ‘Partners in Excellence’ awards, which were held in November at Stoneleigh Park, Warwickshire.

The ceremony followed a day of new product launches for the 2013 season and a hands-on product test session. The Awards were given to the dealerships which have delivered the best performance over the previous 12 months, not solely in terms of sales but also in backup, sales and service support including marketing of both brands.

The evening started with Patrick Vives, President of Etesia SAS congratulating all Etesia and Pellenc dealers in a tough economic climate: “As we have seen from past events, this process does more than simply recognizing the great work already done; it also provides encouragement and impetus to dealers to continue working towards building a robust business and making the Etesia and Pellenc brands the success that they already are.”

Introducing the winners, Les Malin, UK General Manager for Etesia said: “We have built our reputation on not only our innovative products but also the dealers who sell them.”

Awarded the prestigious ‘Overall Partner of the Year’ award was RT Machinery of Buckinghamshire. “RT Machinery has not only demonstrated outstanding performance across all market sectors and product ranges, but they have also shown tremendous commitment to both Etesia and Pellenc, and without exception they continue to dominate their area. They thoroughly deserve all three of their awards and in particular the title of Etesia ‘Partner of the Year,” said Malin.

The awards then handed over to professional Ricky Gervais look-a-like Tim Oliver to give his unique take on business management.